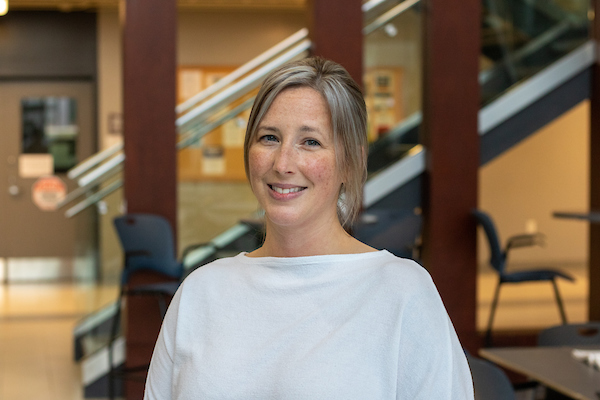 Natasha Maillet established a bursary in memory of Ruth Hamilton, who supported her NBCC journey.

When Natasha Maillet went back to school a decade ago, studying Mechanical Technician at NBCC as a new mother working two jobs, it wasn’t easy to juggle the many demands on her time and finances. She was lucky to have her very own cheerleader and support system in Ruth Hamilton.

“Ruth was such a huge part of our lives; she literally helped raised Kalyn (Natasha’s daughter) while I was in school,” said Natasha. “I was working once a week at one job, going to school, and then serving and bartending in the evenings. I couldn’t have done it without her. She was a great friend and a mother to me.”

Sadly, Ruth passed away in 2015, but her legacy lives on in the form of a bursary Natasha established in her name. The Ruth Hamilton Memorial Award is valued at $200 and is awarded annually to a female at the Saint John Campus studying Industrial Mechanics, Mechanical Engineering Technology, or Mechanical Technician.

Natasha is a fierce advocate for women in the trades, so she wants Ruth’s legacy to inspire and support other women entering the field. Megan Richard was awarded the bursary in 2020-21, so she knows firsthand just how important that support can be.

“The impact that the award had on my education was tremendous,” Megan shared. “It is hard to get through school; even with student loans, everything is expensive. I was driving 80 kilometres a day to get to school and there were many times my car broke down, or I needed a little extra gas to get me through the week.”

Natasha is happy to know that today’s learners can feel the same love and support that Ruth showed her as she was transforming her life.

“There’s satisfaction in knowing that you’ve helped even just a little bit. I want to help those who want to help themselves, and I truly believe that NBCC is the place for that.”

From Kenya to Canada: Supporting sustainable development on a global scale