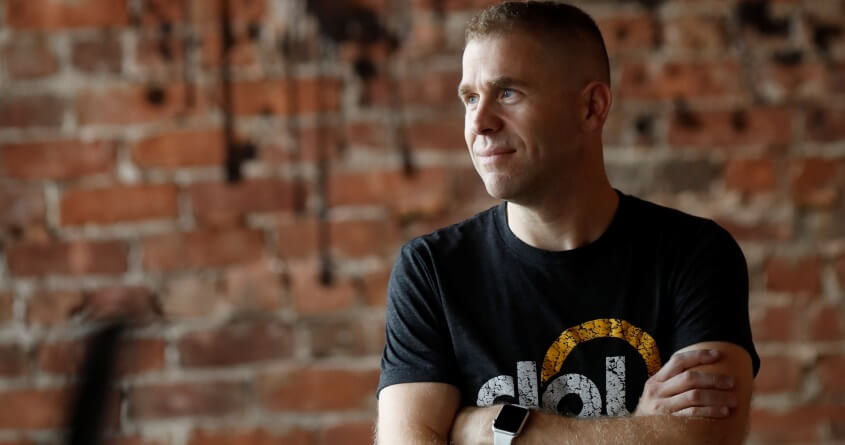 That’s been the recipe for success for New Brunswick Community College (NBCC) alumnus Marc Albert, who built a hardware engineering empire from his Computer Engineering Technology diploma from NBCC.

Albert went to work for DPL, a New Brunswick engineering firm, shortly after graduating from the Moncton Campus in 1997. Twenty-one years later, he’s the CEO of DPL Wireless, which manufactures wireless connectivity conversion boxes for ATM machines across North America.

“In 2014, we made some changes and I took over the company,” said Albert. “From that day, we’ve been in what I call ‘coming out the basement phase.’ I do a lot of social media videos and mentoring, we rebranded the company and put a lot of effort into corporate culture.”

Albert is proud of his company, which manufactures wireless solutions for 1,500 clients with ATMs in 30,000 locations across North America. He’s also proud of the changes he’s made as CEO to encourage leadership and creativity.

“Our motto is ‘No rules, just results,’ and it’s really something that we stand behind,” he said. “We shy away from having layers of management and it’s all about leadership. Leadership is something that naturally tends to happen, as natural leaders just emerge from the flock. You don’t need to call someone a manager to force them to play that role.”

Albert works in the same space as everyone else in the office. Every employee starts out with five weeks’ vacation. The company encourages employees to expand their horizons and try new things through its Adventure Fund. This shift in corporate culture has made DPL Wireless a desirable workplace.

“We now have applicants knocking at the door wanting to work here,” he noted. “I really feel we have the best of the best coming to work for us, and that’s the product of much of the foundational stuff we’ve done to reinvent DPL.”

It’s been an interesting journey for Albert, who started coding when he was 14 years old and blew up his first computer by altering the hardware. He credits NBCC with focusing his interest and giving him the tools to succeed.

“As a youth, I never really pushed myself, but at NBCC I really became competitive and pushed myself to do well,” he said. “I would say the instructors had the right stuff to awaken the spark inside me that was lying dormant, waiting for that challenge.

As a proud alumni, Albert is always on the lookout for NBCC grads when hiring, because he knows they have a foundation of lifelong learning.

“There is a long legacy of NBCC employees at DPL. Roughly half of the company, more than 10 employees, have attended NBCC.”

DPL Wireless has offices in Moncton and Rothesay and employs approximately 20 New Brunswickers.  The company manufactures and services the Hercules wireless connectivity modems.

From the fish plant to the hospital ward