Getting back to the books 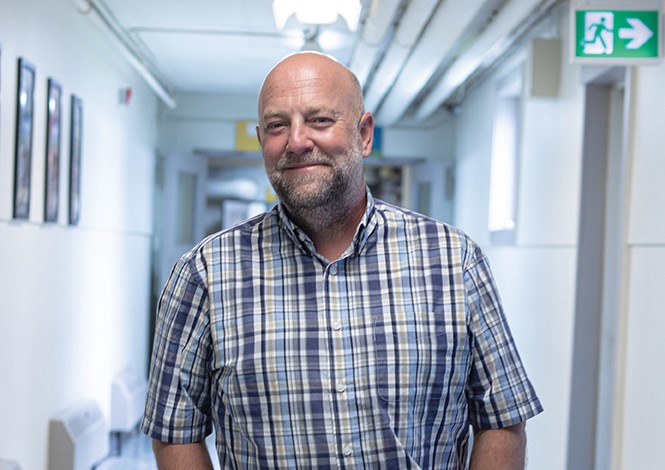 Growing up on a farm in Yarmouth, NS, Cameron Purdy gained an early understanding ofwhat it means to work hard. As he graduates from NBCC’s Information Technology: Business Analysis program, he acknowledges that his path from the farm to the computer lab was not a straight line.

As a teenager, Purdy moved to Halifax and began working for Maritime icon Pete Luckett of Pete’s Frootique. He enrolled in an Information Management program at Mount Saint Vincent University, completingtwo years of the program before leaving to pursue full-time work opportunities.

Although he left university early, he knew that he would eventually go back to school.

“At 23 years old, I said goodbye to my pursuit of higher education, but I knew that at some point I’d like to close the loop. I didn’t know when or how at the time, but I knew that I wanted to,” he said.

An employment opportunity eventually led Purdy to New Brunswick where he and his wife have raised their two children. Despite building a successful career in account management and sales, education was always in the back of his mind, so when the COVID-19 pandemic impacted his employment, he decided to take the leap and apply to NBCC.

Purdy was nervous about starting his program after being away from the classroom for so long, but his wife inspired him to continue his studies as a mature student.

“My wife went back to university in 2009 to complete her Education degree after raising our two kids. I looked at that and said ‘wow, she’s quite a lady.’ She has always been a big inspiration for me when it comes to continuing my education.”

Purdy quickly adapted to his new life as a student. He volunteered to be the class rep for his program and took every opportunity to engage with his instructors and fellow learners.

“I started opening up more to my cohort as the year went on. I was probably the oldest by 10 years and I emphasized as often as I could that it’s important to take the opportunities that come your way, because life is short.”

After a year of hard work, Purdy feels confident that he made the right decision in choosing NBCC.

“I knew that I wanted to go back to school, I just didn’t know when and was often concerned with how it would happen, so when this opportunity came about, I considered it an honour and a privilege that I had the chance to continue my education.”