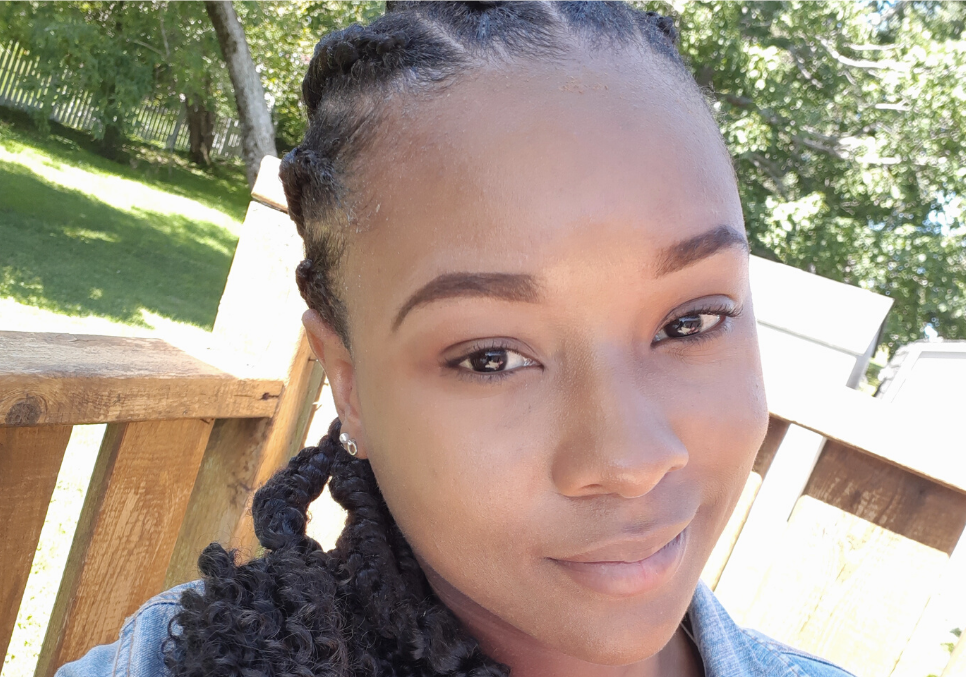 Arriving from sunny Jamaica on a cold, foggy early September day, Donique Pottinger wondered what she’d gotten herself into. She’d been looking for a change and a chance to grow but arriving in a new community far from home was a shock to her system.

Thankfully, this feeling disappeared as soon as she met Geraldine Green, an NBCC volunteer, who greeted her warmly as soon as she stepped into the arrival area of the airport.  Green is part of a program designed to welcome incoming international students, the majority of whom have never been to Saint John or Canada before, and help get them settled and navigate the nuances of life in a new country.

Over the past 18 months Greene has become like family to Pottinger, who says with a smile, “No matter where you are, there are always good people, especially in the Maritimes.”

Having been in Saint John for over a year now, one of the best experiences has been feeling the changing of the seasons; even during the winter when she tried ice-skating outdoors.

Several months into the International Business Management, post graduate program at NBCC, Pottinger attended the Connect & Settle Hiring Fair where she came across J.D. Irving, Limited. She used the opportunity to introduce herself and make a connection that would lead to an interview and acceptance for a 6-week internship position with the company.

“Selling yourself is important. It’s all about taking the opportunities and making the best of them,” she says.

Now as part of the Finance Shared Services team at JDI, Pottinger is excited to take what she learned in school and from her previous experience working in Accounts Receivable and apply it to her new role.

Seeing the new students arrive this past September, Pottinger could imagine what was going through their heads and understands the challenges they face.

“It takes some time to adjust.  You must be open. You have to break out of the mould and interact with other people to understand the culture,” she says.

When asked if she had any advice for newcomers, she responded by saying, “If you are coming to Saint John, you have put aside the expectations in your head and accept it for what it is.  You will grow to love it for what it is.”

Pottinger has become an active member of her church and credits her faith with helping her settle in and get through the rough patches.  Her honest advice to others?

“Before it gets better it will get worse; just remember the initial goal of why you came here.”

Equally importantly, Pottinger credits her ability to be open to meeting new people and learning from them to help her in the transition.

“Ask questions and be inquisitive.”