“The gang” is still making an impact, more than 50 years later 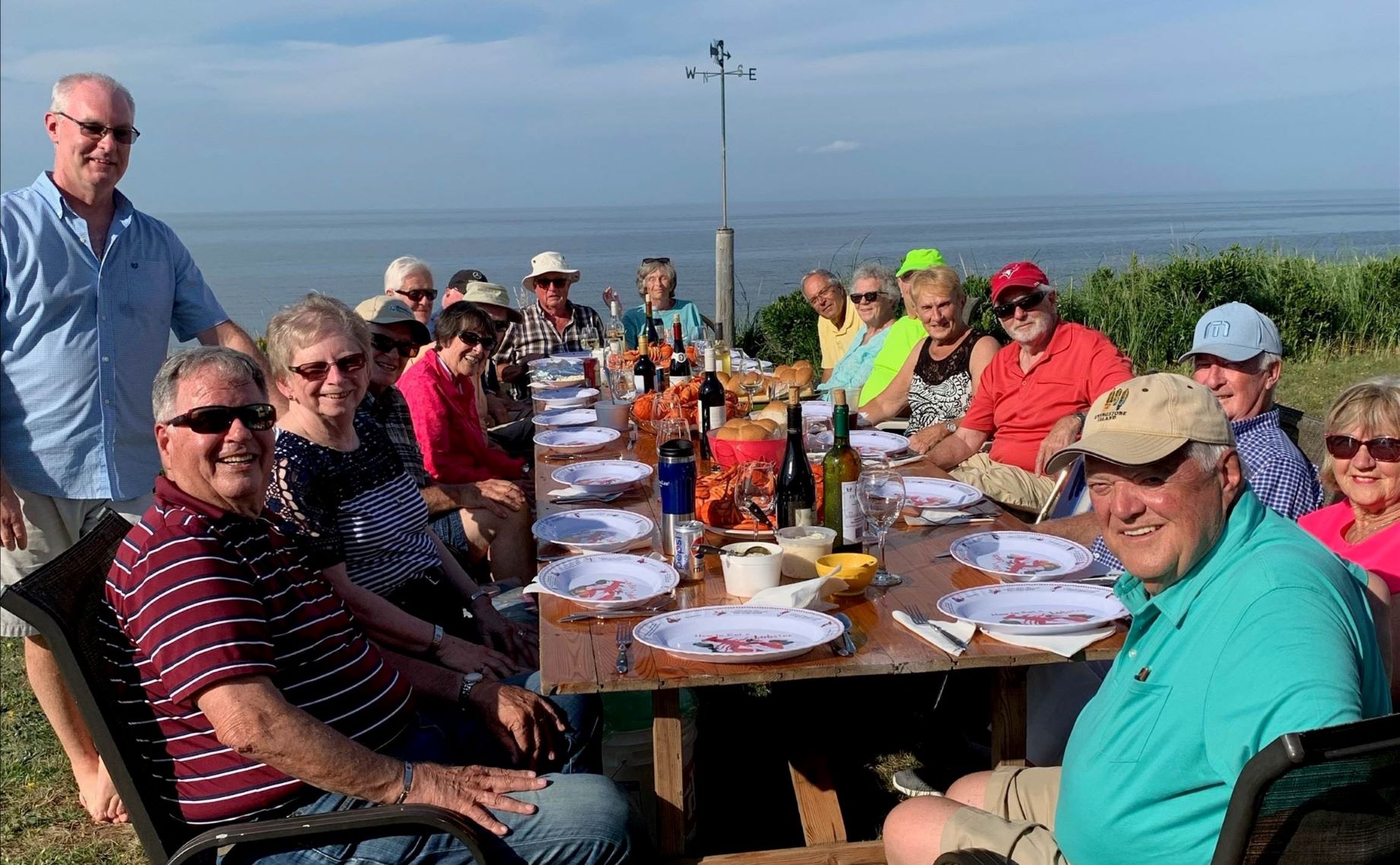 When Frank Duffy graduated from NBCC in 1965, he acquired more than just his diploma. He also gained the lifelong friendship of a core group of classmates – a camaraderie that would endure for more than five decades.

Frank moved to Saint John in 1963 to attend NBCC, where he was part of the College’s first Business Administration cohort and met “the gang.” Now, more than 50 years later, “the gang” is helping today’s students have the same kind of college experience they did, with the establishment of a bursary that honours their unique bond.

During a visit to the Saint John campus to celebrate their 50th reunion, the idea of creating a bursary was broached. Frank, who received a bursary during his time at the College, was instantly committed to the idea.

“It touched a chord with me, and the reason it did is because I didn’t have a lot of money at the time. My first year was really tough financially, but in my second year I was awarded a bursary. I truly got to appreciate how important that bursary was in my second year. It made a huge difference.”

The First Through the Door Bursary was awarded for the first time in 2018. The name of the bursary came from group members being some of the first students to walk through the doors of the Saint John campus.

This past summer, “the gang” reunited as they do every year during lobster season to catch up with one another and reminisce about their time at NBCC. The reunions are held in different locations throughout Atlantic Canada, and this year, Frank hosted at his cottage in Cap-Pelé. The years melted away as “the gang” shared their news, reminisced about the old days, and enjoyed a lobster feast.

“We were lucky to create some lasting friendships that we could never have imagined. I don’t have the same friendships from high school or university, but those friendships that formed in Saint John, New Brunswick were special,” he said. “That is why when we put the bursary together, we wanted it to go to that campus. The bursary is based on need, so if there’s a need, we want those youngsters to be able to get to school.

“If we can make a difference for one person, once a year, that’s the purpose of the bursary.”

“The gang” isn’t the only lifelong relationship Frank formed at NBCC; it’s also where he met his wife, Donna, while the two of them were running for office in the College’s first-ever Student Union election.

The First Through the Door Bursary is valued at $1,000 and awarded annually based on financial need to a student studying on the NBCC Saint John campus.

PrevPreviousIn Their Words: Alumni reflect on their NBCC experiences
NextFrom student, to alumna, to staffNext