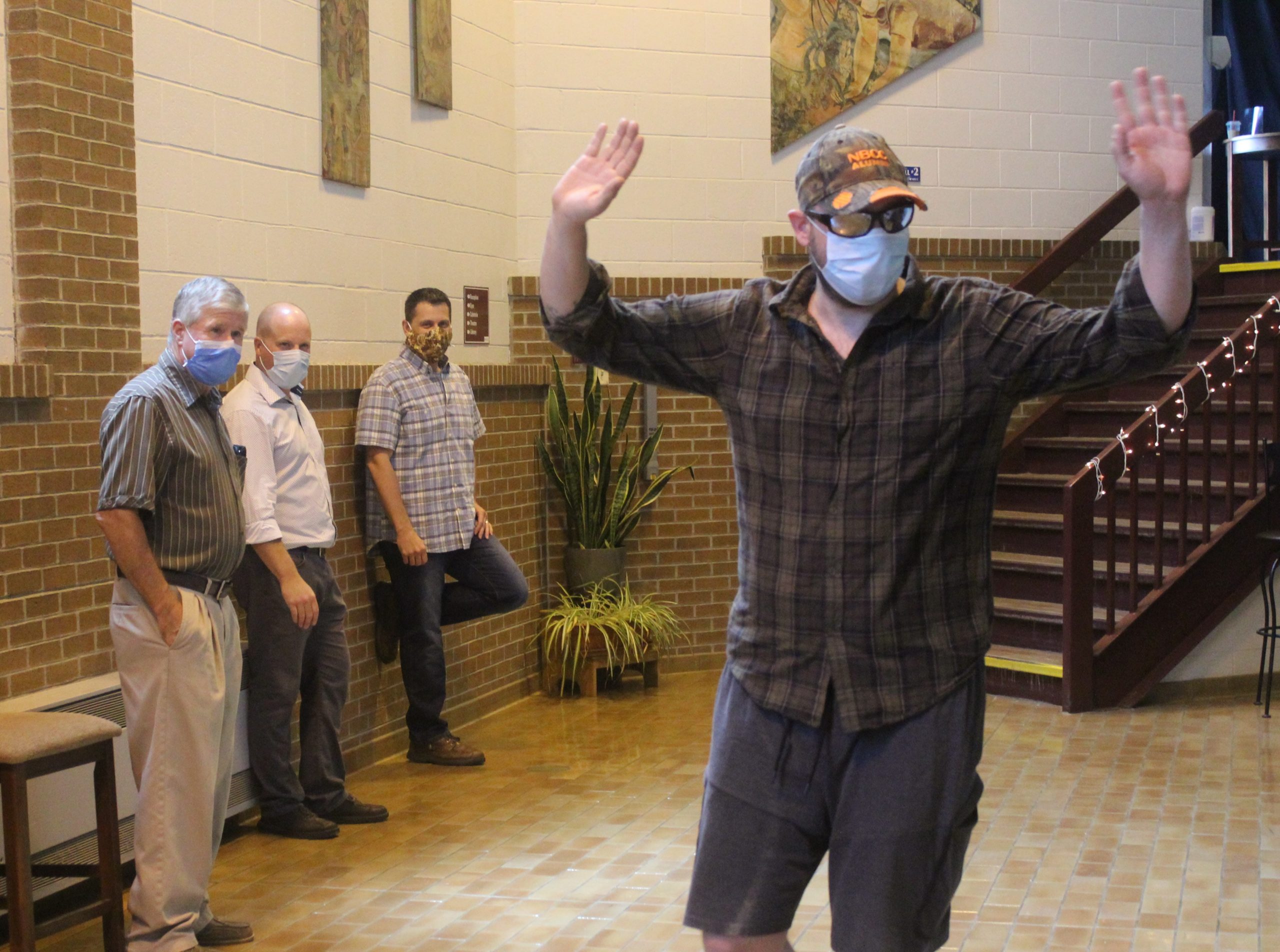 Three days of celebrations across six campuses culminated in 2,379 students graduating from New Brunswick Community College (NBCC). The Class of 2020 is NBCC’s largest class since becoming a Crown Corporation in 2010.

“The Class of 2020 is always going to hold a special place in the hearts and minds of everyone who makes up the NBCC family,” said Mary Butler, President and CEO of NBCC, as she addressed graduates in a virtual ceremony. “For me, the one word that will always define the Class of 2020 is resiliency.”

Butler acknowledged that the academic year had ended differently than anyone could have anticipated, but even with the many changes that COVID-19 brought to every aspect of daily life, the one thing that was never in doubt was that the Class of 2020 would cross the finish line to graduation. Within 10 days of the State of Emergency declaration that shut down most public buildings, NBCC had moved 90 per cent of its programs to alternate delivery, and was later able to bring students back to campus for practical learning elements.

“You’ve all shown strength and determination in completing your programs in changing circumstances, and those are qualities that are going to serve you well as you leave NBCC and enter the next stage of your lives,” Butler told graduates.

While public health restrictions prevented NBCC from holding its traditional convocations, the College was able to give graduates an in-person experience at their local campuses. Graduates entered the campuses one at a time, were announced by staff, and proceeded through an honour guard of faculty to receive their diplomas.

Graduates were also provided with a special gift box, to be opened during the official virtual ceremony, A Celebration of Graduates. The box contained special items to help them celebrate this important milestone, a graduation like no other.

Valedictorian: Lexi Keast, Business Administration: Marketing. Lexi, who hails from Bathurst, served as President of the NBCC Student Union in 2019-2020. She also worked on Shinerama and served as peer connector at the Fredericton Campus, as well as volunteering at Harvest Jazz and Blues Festival.

Governor General’s Medal: This medal is present on behalf of Her Excellency the Right Honourable Julie Payette to the student with the highest academic standing. The recipient of the Governor-General’s Medal for the Fredericton Campus is Jennifer Bennell of Fredericton. Jennifer is graduating from the Business Administration: Accounting program with a GPA of 4.3.

Valedictorian: Timothy Chick Ayire, Criminal Justice: Corrections. Timothy is an international student from Yaounde, Cameroon. He embraced his NBCC experience by participating in volunteer activities through the Robertson Institute for Community Leadership, the Pumpkin Fling, and Bell Let’s Talk Day.

Valedictorian: Kennedy Kitchen, Business Administration: Accounting. Kennedy, originally from Salisbury, served as class representative for both years of her program and participated in many other campus activities, such as Shinerama.

Student Excellence Award: Jessica MacDonald, Information Technology: Web and Mobile Application Development. Jessica served as Shinerama Chair for NBCC and volunteered weekly to help seniors learn how to navigate computers. She also served as Treasurer of the NBCC Student Union and organized many special activities for students, such as Trivia Night. Jessica was a friend to everyone at NBCC and was committed to ensuring everyone was included in activities.

Valedictorian: Cheryl Stilwell, Human Services. Cheryl, from St. Stephen, has been involved with the Dragonfly Centre, International Festival, food drives, children’s sports teams, and class chat teams. She was an enthusiastic participant in campus activities such as Halloween festivities, culinary dinners, and anti-bullying.

Student Excellence Award: Brayden Alexander, Carpentry. As President of the local campus Student Union, Brayden was a passionate advocate for student housing. He proved himself an effective fundraiser, resulting in the addition of a pool table to a new student area at the campus. He also led fundraising activities for Me to We and was an eager participant in the campus Habitat for Humanity build.

Valedictorian: Evan Ells, Respiratory Therapy. During his time at NBCC, Evan supported his fellow students as a peer connector and peer mentor. He participated in many leadership activities at the Saint John Campus and helped make the NBCC experience a positive one for his peers.

Student Excellence Award: Chris Toews, Electronics Engineering Technology. A mature student, Chris came to NBCC after spending time in the Canadian Armed Forces. He quickly established himself as a caring peer for his fellow students, encouraging them to be innovative in their learning. He was also the NBCC representative on the CubeSat project, a joint venture between post-secondary institutions and the Canadian Space Agency.

Valedictorian: Erika Dove, Business Administration: Management. Erika is from Woodstock and a mother of two. She excelled academically while balancing her busy family life with participation in many campus and community events, including the community tax clinic, Career Day, Wake Up Santa, Safe and Seen, and peer tutoring.

Student Excellence Award: Arunkumar Sharma, Information Technology: Network Administration. Arun made his mark on the Woodstock Campus by being a member of the Student Council and being actively involved in student life and recruitment events. He has been a great help to incoming international students by connecting with them on social media to help them search for accommodations prior to their arrival. He was a vital resource in connecting international students to local services in the community.

Helping the planet on Service Day

From student, to alumna, to staff