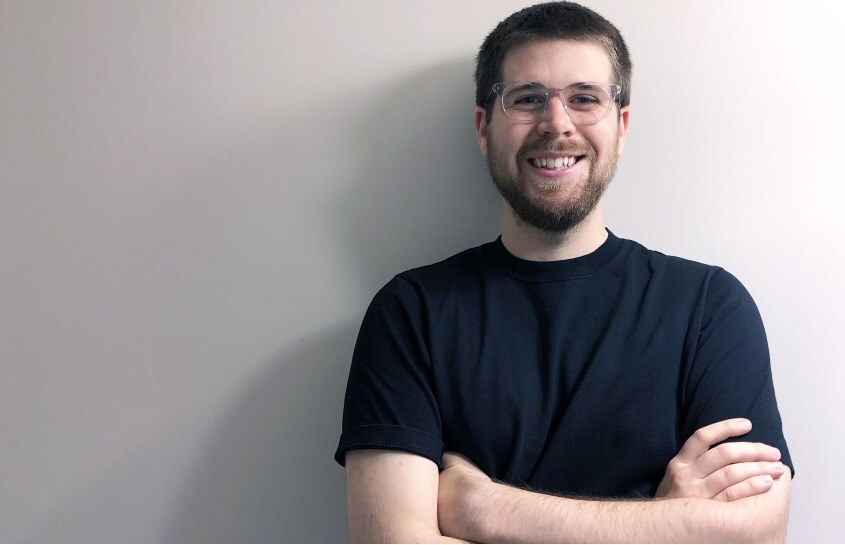 FREDERICTON – Worried about the amount of time you spend staring at your smartphone? There’s an app for that – and it’s the brainchild of a New Brunswick Community College (NBCC) alum!

Cam Crain, a 2017 graduate of the Business Administration: Management program at the Woodstock Campus and the founder of a technology startup called Sapien, has developed a new app to help smartphone users unplug. The Lightdogs app rewards those who spend less time on their phones with virtual pets.

Yes, Crain is aware of the irony of using technology to convince people to use technology less; he’s also aware of human nature. His vision for Sapien has always been to create technology that improves the human condition. With statistics showing that roughly 50 per cent of Canadians between the ages of 18 and 34 spent more than two hours a day on their phones, Crain sought to develop technology to improve society’s productivity.

“At Sapien, we align consumer technology with human interests,” said Crain. “I’ve been increasingly worried about the way technology has been going, and how much time people waste on their phones. The loss of productivity is significant for business and society.”

Crain was inspired by the CryptoKitties game app, where users win collectible virtual cats. He realized how motivating the prospect of virtual pets could be, and set to work finding a way to use that motivation to improve society.

In Lightdogs, users set a timer on their phones. While the timer is running, they collect points. But if they leave the app before the timer has completed its countdown, they forfeit their points, which can be used to hatch and breed Lightdogs.

Lightdogs is being launched on iPhone first, with an Android version in development.

Crain credits his time at NBCC for giving him the practical skills and the networking opportunities to launch his own technology firm. Instructor Jim Depow provided the educational foundation he needed, and the time he spent serving on the NBCC Board of Governors as Student Governor provided him with valuable contacts in the business world. As a member of the Board, he met former Governor Curtis Howe, the CEO of Mariner, a Saint John-based tech conglomerate, and obtained a practicum placement there. Mariner founder and owner Gerry Pond became a mentor and helped him launch Sapien.

“It wouldn’t have happened if I hadn’t been involved with NBCC and the Board of Governors,” he noted.

Helping the planet on Service Day