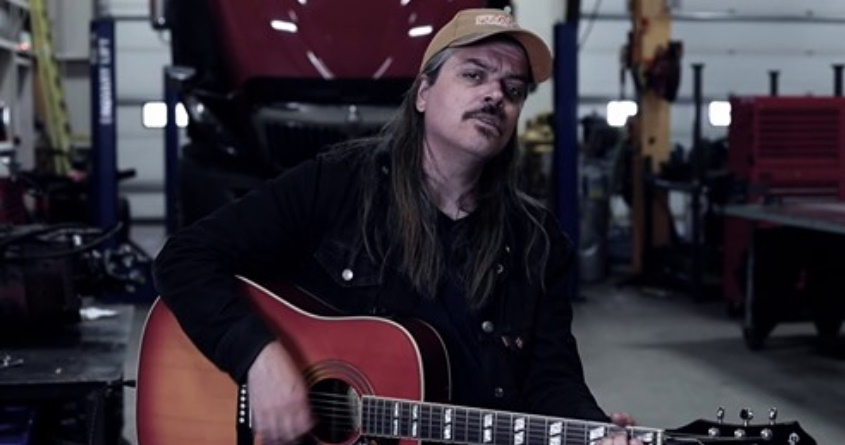 At the age of 46, Alex Madsen “had to move forward; couldn’t stay the same.” Seeking greater financial security for his family, the Moncton musician overcame all his fears and self-doubt and enrolled in the plumbing program at NBCC, proving it’s never too late for a change.

Now he’s sharing his experience in a song designed to show others they can also make a change.

“Here I was, this old, beat-up 46-year-old guy who’d been out on the road his whole life,” he said. “My friends thought I was crazy, but I just said, I gotta do this. I decided to become a plumber, and by June of the following year, I was at work as a Block 1 plumber.”

When Madsen, a member of the country music band The Divorcees, was commissioned by NBCC to write a promotional song, the original concept was to highlight the College’s programs and services. But the workforce disruption caused by COVID-19 inspired Madsen to share his own story of upending his life and starting anew as a mature learner.

The result is Never Too Late For a Change, available to stream or download now. He drew on his experience as a mature learner at NBCC to let others know they can also pivot to something different.

myNBCC · Never Too Late For A Change

“If I can do it, you can too,” he said. “It’s about overcoming self-doubt and learning to pivot when life throws curveballs at you. Times are tough, things are crazy, but you can make a change. It’s never too late.”

“For me, it’s a message of hope, especially in crazy times like these.”

The song is also a way for Madsen to say thank you to the staff at NBCC who believed in him and encouraged him. The line, “learning from wisdom” in the song reflects how he feels about the instructors, who are themselves experts in their fields.

“You’re learning from real, legit, solid tradespeople who have so much experience,” he noted. “And you’re working towards a better future for yourself.”

The music video for Never Too Late For a Change debuted on NBCC’s social media channels last month.

A bright future from a dark past

Cleaning up and sharing smiles