Laying the foundation for a new life 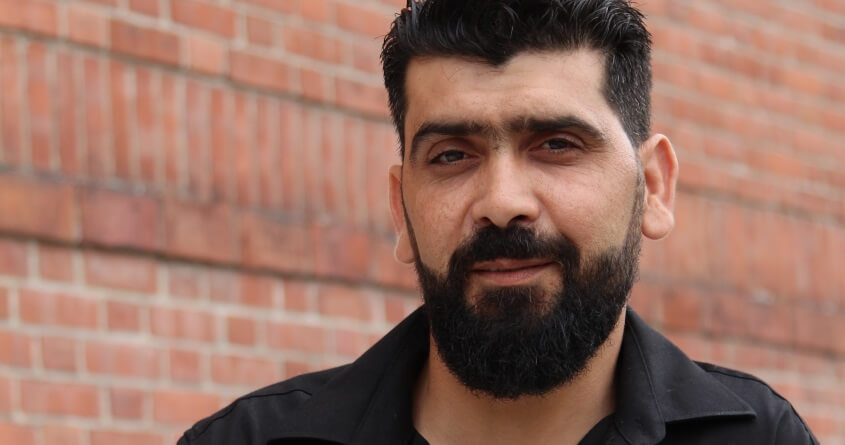 In January 2016, Amer Aboo fled war-torn Syria with his pregnant wife and children, in search of a better life. Now he has a new home, a new son and a new career.

A successful graduate of the newcomer bricklaying program, offered by NBCC in partnership with the Multicultural Association of Fredericton and the Department of Post-Secondary Training and Labour, Amer is building a solid foundation for the better life he was seeking.

Amer and his family settled in Fredericton in 2016 and he quickly started looking for work. He was eager to start providing for his family and becoming independent.

A carpenter and mason by trade, he found a job with a local contractor. But Amer wanted more than just a job; he wanted a career.

He heard about a bricklaying program offered by NBCC, in partnership with the Multicultural Association of Fredericton and the Department of Post-Secondary Education, Training and Labour, specifically for newcomers. He decided to give it a try.

“It was similar to what I was doing back home,” he said. “There was a lot of help, especially with English.”

Amer successfully completed Block 1 of the bricklaying program, then challenged and received Block 2. He did his work placement at Goodine Masonry and was hired on permanently. He looks forward to challenging Block 3 in January.

Amer entered into the training program seeking a career, but he found much more than. He found a new friend in instructor Stan Campbell.

“We have a good friendship,” said Amer. “I look to him as a big brother.”

Before leaving Syria, Amer had been told that Canada was “a wonderful place, good life, nice people.”

“And it was true,” he said with a smile.

From trash to cash: Students clean up with recycling bursaries

Alumni find their way back to NBCC