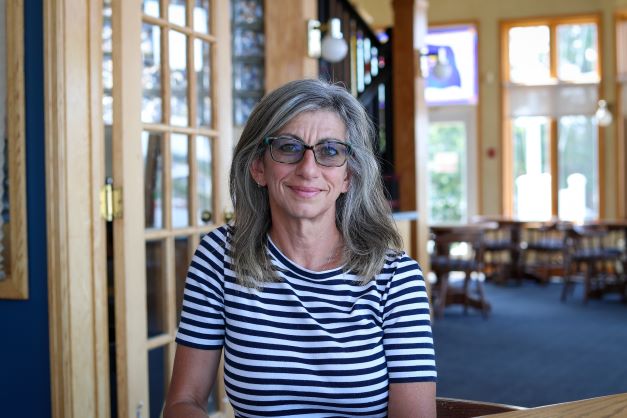 Johanne McInnis was an early pioneer of NBCC’s vision of transforming lives and communities. When she graduated from the Chemical Technology Co-op program in 1995, she marked her transformation from a single mom looking for a better life to a peer mentor who achieved success while helping others find the same.

As the recipient of the Student Life Contribution Award during her time at NBCC, Johanne showed early indications of the leadership that would chart her path to career success. She mentored and tutored other students in math and science and improved student participation in campus activities and programs.

Her genuine caring nature, combined with a strong work ethic and a desire to continue learning, have facilitated her advancement as a public servant with Canada Border Services Agency, where after a 25-year career, she now serves as a Security Analyst and Advisor at the national level. In this leadership role, Johanne sits on a number of working groups that help employees reach their potential through education and mentoring.

Johanne’s leadership also shines in the community. Her personal experience as a single mother led her to take an integral role in the early development of First Steps Housing Inc., which provides a healthy, safe, and supportive environment for homeless pregnant and parenting young women. She continues to contribute to the organization by serving on the Board of Directors. Johanne has volunteered for many years in the community. From 1999-2006 she was the New Brunswick racquetball coach and took five teams to national competitions. Johanne has been a key player at her local sailing club for over 15 years and was awarded the female sailor of the year award in 2019.  She was also one of the founding members and first president of the Saint John Whisky Tasting Society.

A critical moment for New Brunswick