From Kenya to Canada: Supporting sustainable development on a global scale 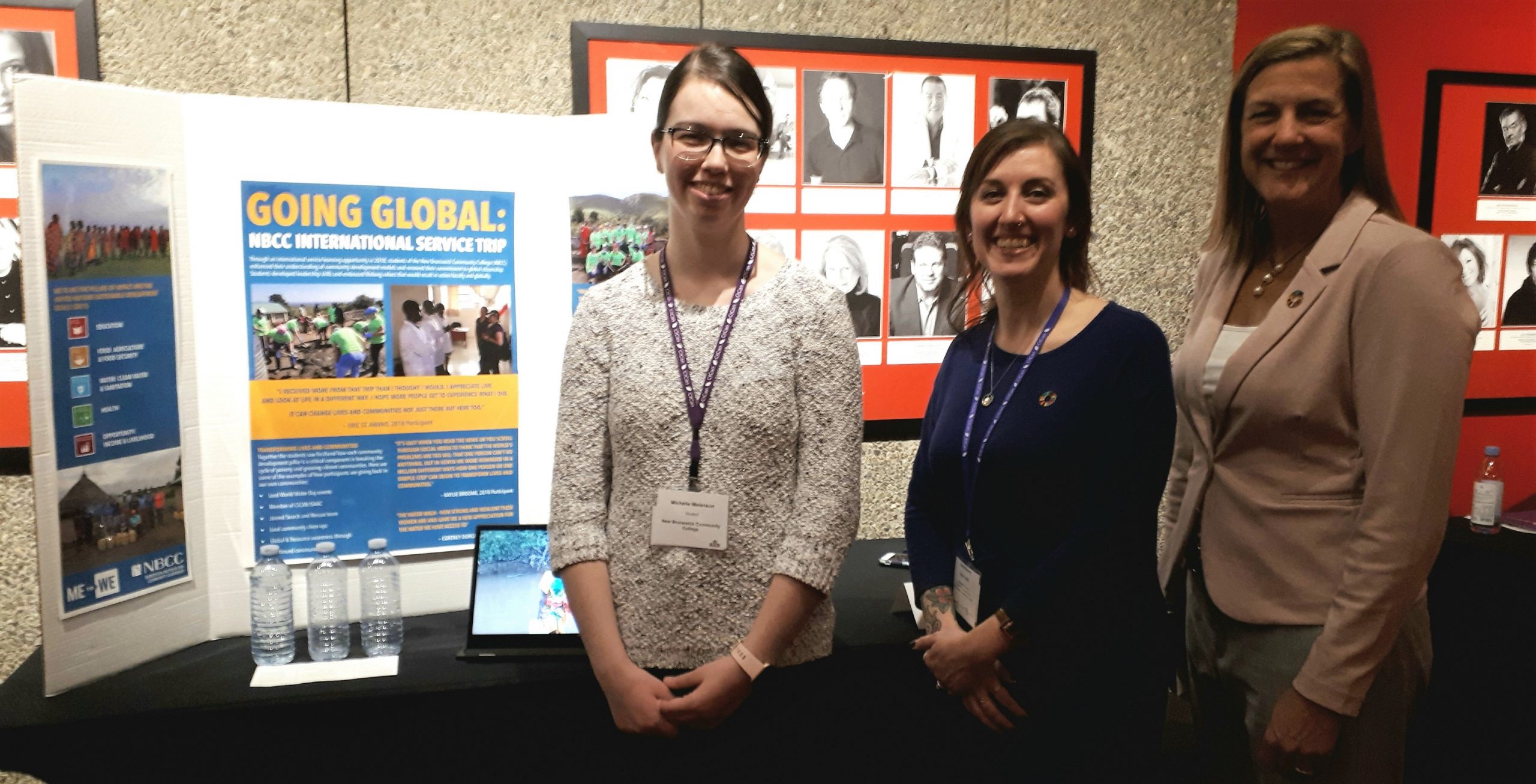 It’s been almost two years since Kaylie Broome and Michelle Melanson returned home from the Masaai Mara region of Kenya, but the time they spent there has had in impact on their lives every day since. Now they’re sharing that impact with a national audience as part of the Colleges and Institutes Canada’s Student Showcase On The Hill in Ottawa, Ont.

Broome and Melanson were participants in NBCC’s first International Service Trip in 2018. As a new group of students prepares to embark upon the College’s second service expedition to the Masaai Mara, Broome and Melanson are living the lessons they learned there.

“Experiences like this give people a new perspective that they wouldn’t otherwise have, and that change in perspective can change people’s minds and lives,” said Broome. “That experience opened doors that I didn’t know existed, and I attribute a lot of who I am today to that trip.”

At the Student Showcase On The Hill, MPs and Senators will have the opportunity to view student-led projects in such areas as applied research, social innovation and sustainability. Broome and Melanson’s project will highlight the work done by the service trip participants in their communities since their return to Canada, and how that work relates to the United Nations’ sustainable development goals.

“One of the things we did when we got back to Canada was to host a Water Walk at all six campuses,” explained Melanson. “We filled 20 litre water jugs with water and offered students the opportunity to carry them, so they could see how difficult it was to do for even a few hundred metres, when women in Kenya carry water for three to five kilometres every day.

“It was a way for us to show the real struggles that people deal with in other parts of the world,” Melanson added. “It opened up some eyes to the benefits that we enjoy every day, that we take for granted.”

Participants in the 2018 service trip have since volunteered their time and energy to search and rescue organizations, community kitchens for the homeless, neighbourhood clean-ups and continued global awareness activities.

Broome, for example, is a member of the national ImpAct Student and Alumni Advisory Committee, supporting colleges and institutes in achieving their vision of a better future for communities around the world.

“We’re all citizens, driving change for bigger and better things in the world,” said Broome.

From the fish plant to the hospital ward