A new beginning in Hospitality Town 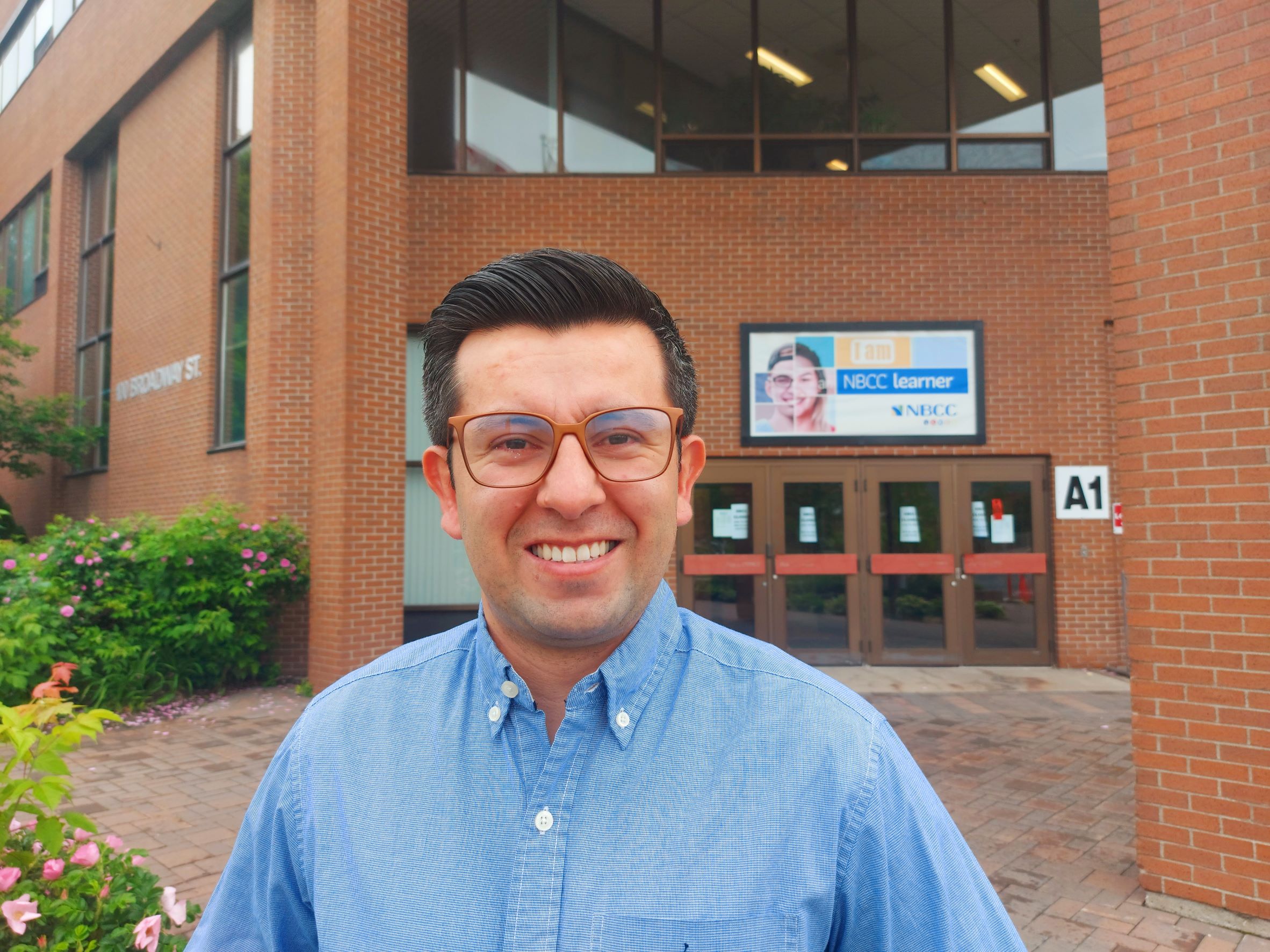 When Juan Vargas arrived in New Brunswick for the first time, the crisp winter air was not the only thing giving him goosebumps.

Originally from Bogota, Colombia, Juan began his NBCC journey in September 2020. After studying remotely for the first semester of his program while continuing to work full-time, Juan and his wife moved to Woodstock in January 2021. The transition from a bustling city of 11 million to a town of less than 6,000 people had its challenges, but the couple quickly adapted to their new home and began to thrive in the small, close-knit community.

“It has been challenging, but at the same time, it has been rewarding because the community of Woodstock has been so amazing,” Juan said. “We truly appreciate the warm welcome they have given us.”

After two years of hard work, Juan is graduating from NBCC’s Information Technology: Network Administration program at the top of his class.

From the beginning, Juan prioritized his studies and finding relevant work opportunities where he could apply the skills he was learning in the classroom. He quickly landed a summer position with McCain Foods, a valuable learning experience according to NBCC instructor Jason Brown.

“He (Juan) was able to land a paying job where he could actually apply what he was learning, which is not something that everyone gets to do right away,” said Brown.

Juan’s hard work paid off. He eventually secured a part-time role in McCain’s IT Network Department, followed by a practicum placement which led to his current contract position with the company.

“I was motivated to do well because in my country, finding a job or having an opportunity to study is almost impossible,” Juan said. “I told myself that now that I have this opportunity, I need to do my best so that I can help myself and help my family.”

Although Juan is the person receiving an NBCC diploma, he credits his wife for the key role she played in his success.

“I’m very grateful to my wife because without her, I would not have had the opportunity to complete this program.”

A critical moment for New Brunswick

Learning in the community