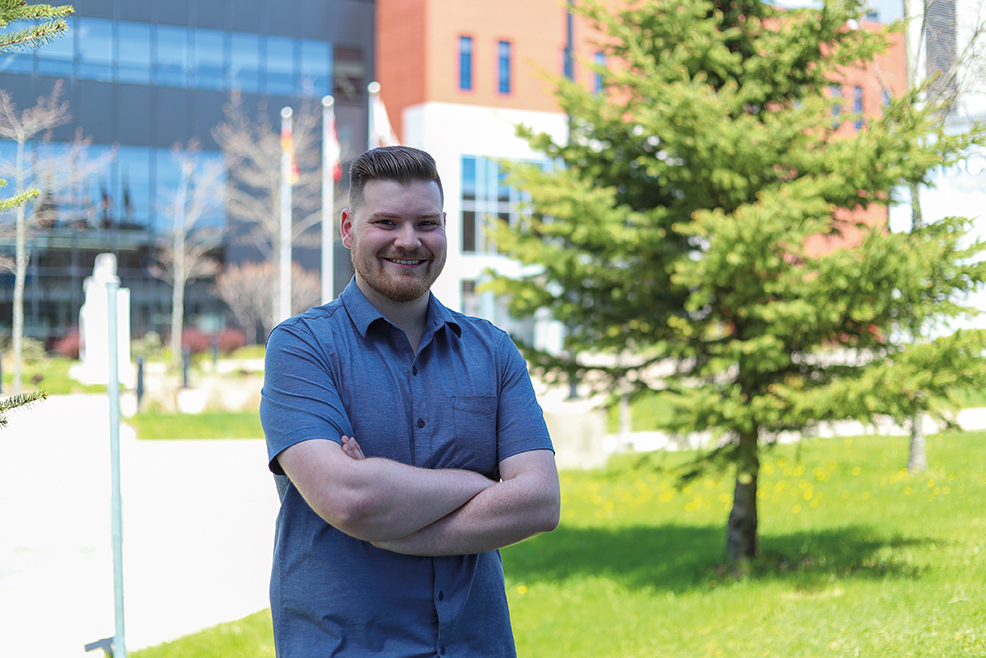 Andrew Hughson has always been interested in understanding how things work. He can recall taking a broken microwave apart for fun, just to see if he could put it back together.

Hughson’s curious mind ultimately led him to pursue the Electrical and Electronics Engineering Technology (EET) program at NBCC, but his engineering journey began at in the faculty of engineering at UNB.

“I initially started at UNB and went into the Chemical Engineering program and I did pretty well there, but it was the job prospects that ended up driving me away from that and towards the electronics side of engineering,” he said.

Hughson decided to leave UNB and work for a year. During this time, he began looking into different programs at NBCC and discovered that the EET program aligned best with his interests and future career goals.

“I was doing a lot of research into the EET program at NBCC and the program was held in very high regard,” he said. “While speaking with a graduate of the program, they shared with me that there was a lot of opportunity for hands-on learning and a good amount of interaction with instructors.”

After experiencing the program for himself, Hughson can attest to this. During his time at NBCC, he has embraced every opportunity that has come his way, including a one-year co-op term at the Point Lepreau nuclear generating plant after his first year at the College.

Hughson has high regard for the instructors in the EET program, noting they were “some of the most knowledgeable instructors I’ve ever had.” His instructors are similarly impressed with him.

When reflecting on his college experience, Hughson feels confident that the EET program was the right choice.

“The life at NBCC is a lot different than university, but I would definitely recommend it.”

Getting creative with community leadership in a pandemic